Hitchhiking From Paris to Istanbul 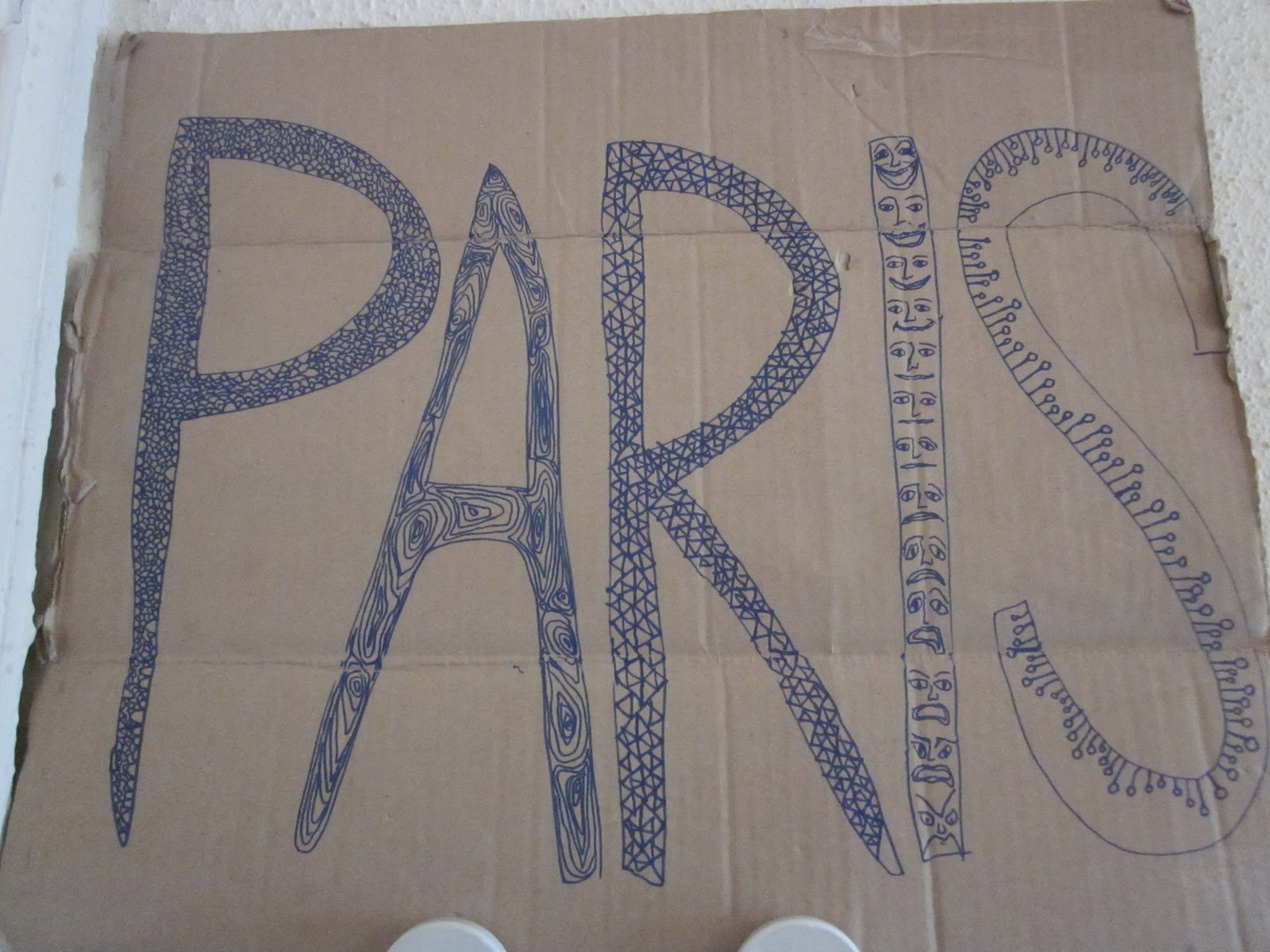 Our game “Season” draws inspiration from our experiences traveling. The role of the player is the role of the traveller, the witness, the visitor, unattached but absorbing everything. It is the fantasy of going beyond tourism, of being embedded somewhere.

I want to share a few stories from a hitchhiking trip that I did with a friend. To hitchhike is to step briefly into the life of a stranger. People who pick up hitchhikers are usually very friendly, since they’re someone who stopped to help. Hitchhiking was common in North America up until the 1970s when it developed, or was given, the reputation of being dangerous. This was at the same time that public trust of strangers went down. In other parts of the world it remained popular. Hitchhiking reveals a lot about a place, both its good and bad sides. Despite being a free activity, it also exposes boundaries of privilege in terms of how different looking people will be received and where. I’ve met all sorts of fellow hitchhikers, people I either gave a ride or came across while traveling. As we’re increasingly atomized, especially with the pandemic, this kind of social institution would be good to recover in the future.

You enter into a stranger’s life at a random moment. The most dramatic moment I found myself in while hitchhiking was when I got a lift from an old French couple. When they were young, they had been in love but were separated by circumstances beyond their control. Each married and had a family but then, in their old age, were unexpectedly reunited. They said the moment they saw each other they knew they had to be together again. When they picked me up, they were on their way to tell their respective spouses that they wanted to get a divorce. I was sitting in the back of the car as this happened. I’ll never know why they stopped to pick someone up while this was going on.

The longest hitchhiking trip I did was with a friend in Europe. On March 26th, 2012 we boarded a metro train leaving Paris and rode it to the outskirts of the city. There, we walked to the highway and caught our first ride. It was a young man who would be heading to graduate school in Mississippi soon. He took us just a few miles down the road to a rest stop where we found a stop sign decorated with various destinations and dates. Paris to Moscow, Paris to Warsaw. We didn’t write ours but if we had it would have said Paris to Istanbul.

Our second ride was a tour bus driver. They aren’t supposed to give rides, but he saw our sign for Deutschland and offered anyway. He had just dropped a band off in Paris and was heading back somewhere so the bus was empty except us three. He told us stories of having to pay off border guards in Russia with Evanescence merchandise.

Entering Germany it became harder to get a ride. That area in particular of Germany would end up being the hardest place in the whole trip. Finally, a guy driving a custom van came by and picked us up. When you see someone driving a crazy van, you have certain expectations as a hitchhiker. The drivers seem to be aware of these expectations, because when a van like that doesn’t stop for you they really put a lot of effort into miming an apology as they pass by. His sound system was incredible.

The sun went down with us still loitering outside a gas station. Hitchhiking at night is not a good idea. Luckily one of the dudes who worked there gave us a ride when his shift ended. He was from Kazakhstan and dropped us off in town.

At this point we figured out how to hitchhike in Germany. Sticking out your thumb is no good, but if you ask people personally for rides at gas stations it’s usually an instant ja. We would approach with our map out, do a little “sprechen sie englisch?” indicate where we were headed on our map, ask if they were going that way too and then ask for a ride. We had an exhilarating run of this working with the first person we asked over and over again, including the couple pictured above.

Our next ride were with two Swiss Kung-Fu masters who were heading to a big tournament. Along the way, a car full of the Italians from the same dojo passed by, leaned out the windows, slapped our car and yelled insults. We fought back, I remember someone throwing a water bottle but I can’t remember if it was us or them.

We got dropped off in Tübingen, a small old college town. Because it has no industry they say only one bomb fell on it in WW2, and it was by accident. My friend had been hosting people on his couch in Paris and one of them had family in Tübingen. So we messaged him before the trip. He asked his family and they were down to have us. They were incredibly welcoming; gave us a room, lent us bikes, cooked us meals, even though our connection to the family wasn’t even there. It was hard to leave and I think even then we resolved that Tübingen would be the one place we would make sure to return to on the way back. We sent out couchsurfing requests to Lintz, Austria and got back on the road.

Jovan, a Serbian truck driver. We approached him at a rest stop as he was cooking his lunch. He didn’t speak English, but agreed to give us a ride after his meal. While he was eating, we were approached by undercover German drug police. They checked our passports and searched our bags, making us take out our tent and everything. On the road, he had us call his daughter who spoke English. A Hungarian police officer and his daughter. There was no room up front so I chilled in the back.

After that, a tour bus with just one Romanian family on board. They said they’d been skiing in Italy. They also said “You think you are free in America but in Romania, if you have money, you can do anything!” They dropped us off outside of Cluj Napoca, which turned out to be a University town. On the bus we couldn’t figure out how to punch our tickets properly until a Portuguese girl helped us out. We ended up hanging out with her and her friends during our time there. The outskirts of Bucharest were populated with numerous packs of stray dogs. I remember being cold coming into the city in the morning, trying to find a bus or anything to move on. We were pretty scared but ended up laughing uncontrollably at the thought of the stray dogs constituting a political force in the city and having to negotiate with them. 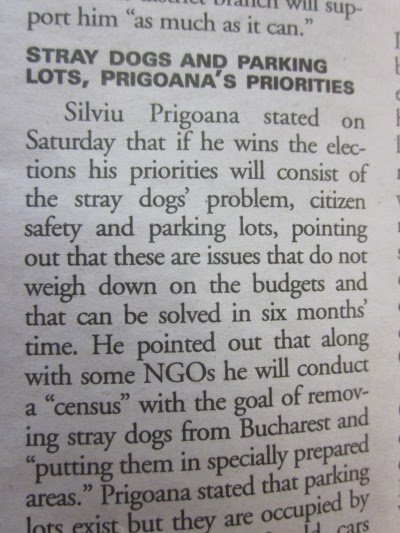 In Istanbul we stayed with an actor named Umit. His English wasn’t great but he was one of the funniest people I’ve met. He was on a weekly soap opera, and we got to watch it with him in the room. We asked him what was going on in the show but he didn’t seem interested. “Woman loves man…” waving his hand “very complicated!”

We went from Istanbul to Bursa and then to a small lake town called Iznik. Iznik appeared to be devoid of anyone close to our age. There were only two bars, and since drinking is frowned upon they were hard to find and no one drank visibly. We were a real novelty there. We were sitting on a dock and a group of young girls behind us started shouting out English words at us. “Ice cream! I love you!” That night we met the people from the bar and drank and made a fire on the beach. We sang our national anthems to each other.

The first thing we noticed getting in this guy’s truck was that the seat belts didn’t have anything at the end. They were more of a sash. He showed us how to wear them and said “For Police!”

When hitchhiking, if you leave an hour later, your entire trip might be different. Once into Macedonia, we hit our worst run ever of not getting a ride. When there are only a few cars going by, you can’t help but put mental pressure on the ones that do pass to please please just pick us up. So when they inevitably don’t, you get mad. We were at our most frustrated when the guy above picked us up. The sight of his car stopping brought intense feelings of relief. He was Albanian, which made sense later because Albania is the greatest place to hitchhike. 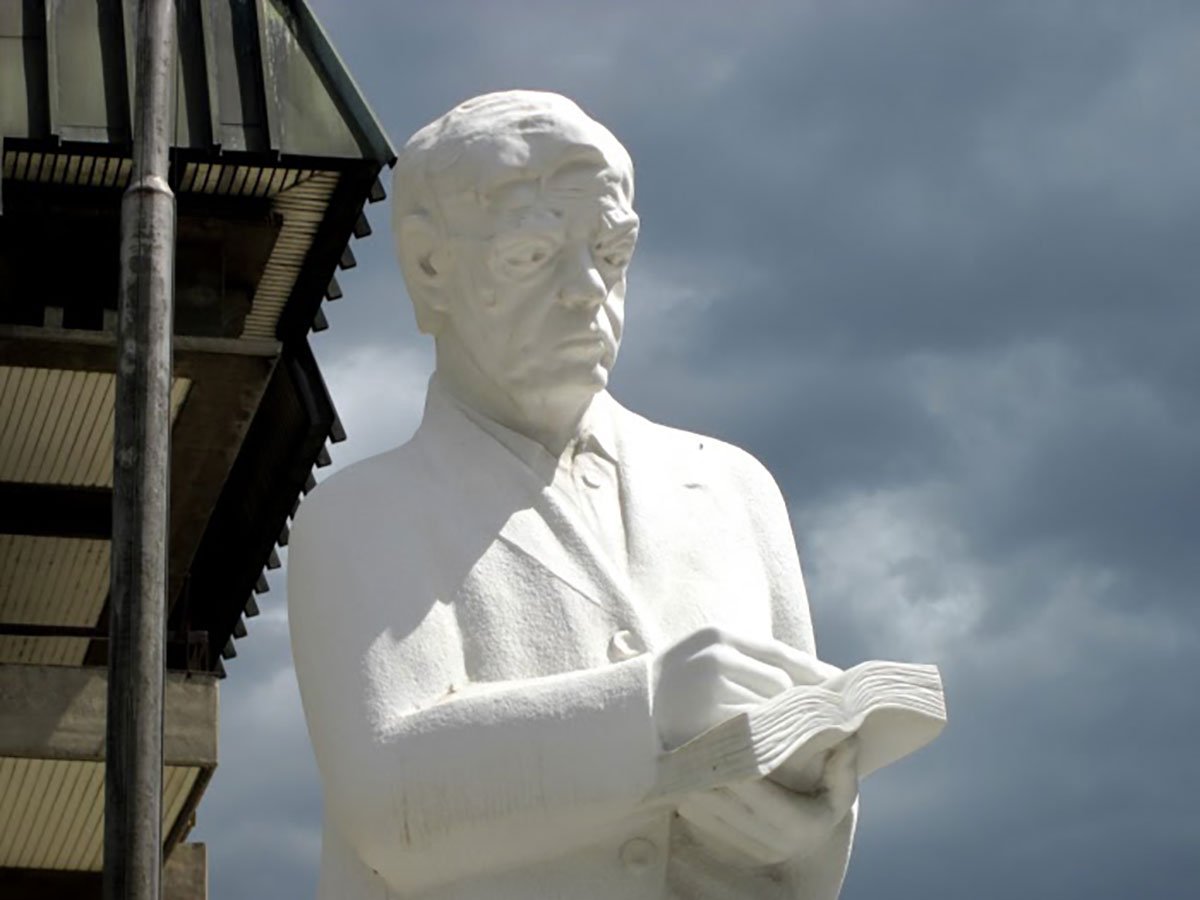 The guy who made this sculpture changed his mind halfway through about whether or not he should be wearing glasses so it came out looking like someone you’d find in the cantina bar in Star Wars. Our host himself is an artist and was bummed at how nepotistic the public art scene was there. In Macedonia you can’t sell alcohol after 7 PM or so. He took us to a speakeasy in a mall after the rest of the stores had shut down. He also recommended that we stop by a lake town called Ohrid on our way to Albania so we did.

Ohrid. That night we tried to camp out along the lake but couldn’t find a spot so we found a hostel. The Hostel had a real freewheeling vibe that we locked into immediately. We met a guy who was half Russian half American and had tried to hitchhike to North Korea. He wound up being held in a border prison. He said another guy there was from England and claimed to be an economist. He had 80 euros in his pocket and said he was going to use it to restart the North Korean economy.

Looking back on this trip in 2012, the atmosphere and political situations in many of these countries has changed a lot since then. In some cases they’ve improved but overall it was a more optimistic time. This feeling is also an important part of Season, of passing through the world but also passing through a particular moment in time. While the pandemic makes this kind of travel impossible for the moment, possibly for a long time, I’ve linked to a few useful free travel resources below.

Hitchwiki is very useful, it has maps that show good spots to hitch and a lot of solid advice about how to do it.
https://hitchwiki.org/en/Main_Page 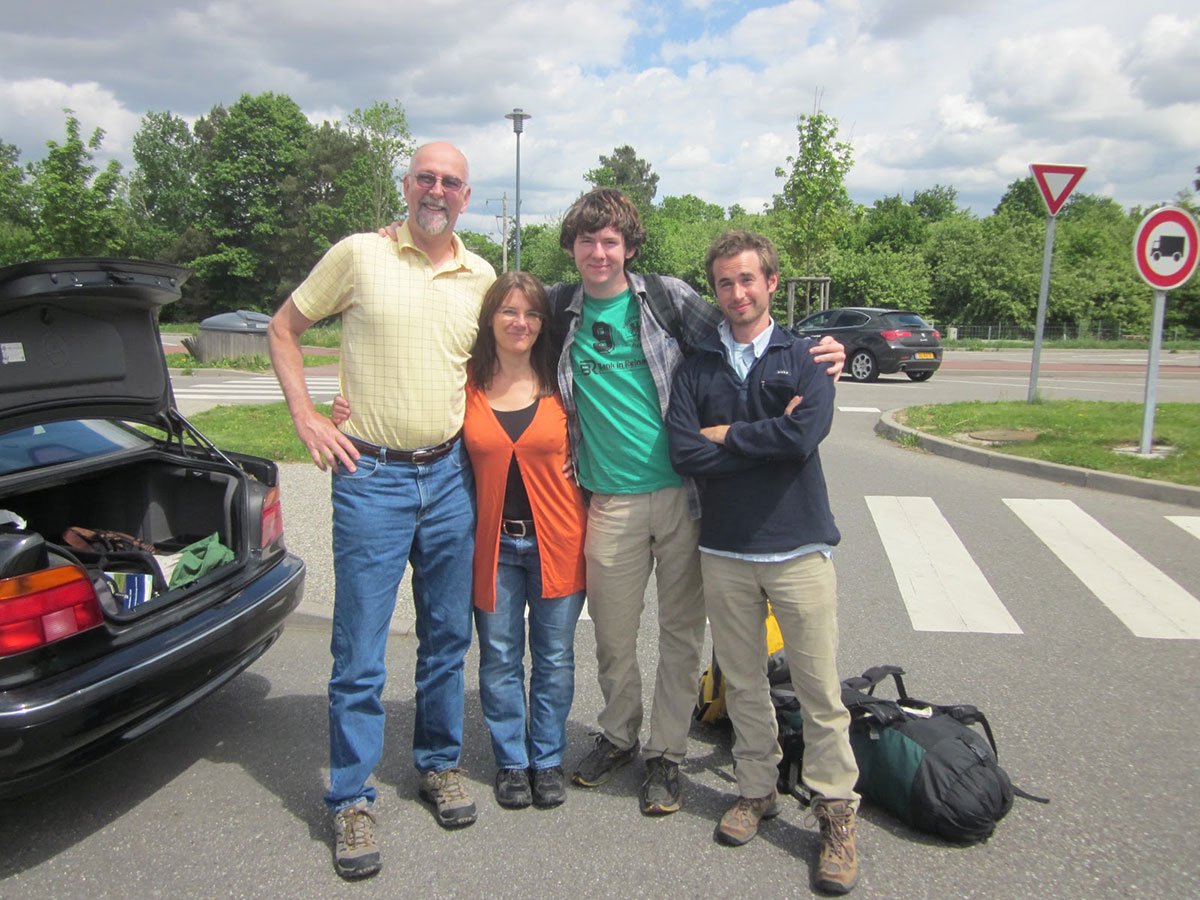 Above: My friend and I on the right, some folks who gave us a ride on the left.